BOOK A DEMOGET STARTED FOR FREE
MSPSTARTUPMARKETINGOPERATIONS
Write for the Bugle

Kaseya-Datto: A “marriage of convenience”, where customers pay the price

Not all acquisitions are made equal. Some are ideal marriages with synergies made in corporate heaven, while others are back alley deals gotten into for superficial convenience.

Kaseya and Datto are among the leaders in the Managed Service Provider (MSP) software industry. It would be safe to say that every software vendor that caters to MSPs look up to these two behemoths, who are industry-defining trendsetters in their own right.

However, IT management software provider Kaseya’s acquisition of the publicly listed cybersecurity and data backup company Datto, which also owns Professional Services Automation (PSA) software Autotask, has not been received well by the MSP community. And rightly so.

Being acquired by Kaseya is not a win for the thousands of Datto customers.

Kaseya, which is regularly panned by MSPs for bad product integrations, lack of feature upgrades, outages, and for stitching disparate products together, is not the forever home that Datto’s customers deserve.

There are three types of acquisitions that fall within the category of “done for the right reasons”.

Now, let’s take a look at the Kaseya and Datto acquisition. These are two slow-growth companies that have now come together. Kaseya, a private company, claims it grew 25% last year. Datto has seen growth of around 19%. On the surface, it looks like Kaseya has acquired Datto for its products. But, scratch the surface and a different picture emerges.

As is clear from countless comments of Kaseya’s past and present customers, the company’s products leave a lot to be desired. Complaints range from slow or no service and no new feature updates for months on end to unfair and opaque contract terms and repeated outages.

Datto, on the other hand, has performed relatively better and has been able to keep its customers happy most of the time.

But will Kaseya be able to ensure Datto remains a great standalone product? Will the Kaseya issues spillover to Datto?

Let’s look at the past acquisitions of Kaseya. The company acquired IT documentation software IT Glue in December 2018. While it has retained its standalone status it has been hit by repeated outages in recent months. Kaseya’s earlier acquisitions like ID Agent, RocketCyber, GraphUs, and Vorex have not fared any better. Some have disappeared, while others are chugging along with nothing much new happening.

So, why this acquisition?

As this SaaStr post says, combining two slow growing companies could “show” higher growth. What does this “higher” growth on paper achieve? It can create just enough value to take the acquiring company to IPO, as the SaaStr article indicates.

The fact is that investors of the two companies are a happy lot with the over $6.2 billion deal. Now, I am not against acquisitions or mergers. I did sell my previous startup, Zarget, to Freshworks. I do believe investors who provide valuable capital to companies should get good returns for the risk they have taken. Companies offering good exits is good news for the industry.

But, what about Datto’s customers? An acquisition should be good news for customers too; it should add real value and a better experience for customers. In this case, who is looking out for the little guy, for the countless MSPs who have been woefully served by old-school legacy software companies for so long? Aren’t MSPs tired of being taken for granted?

As an MSP, you hunt for a great product or software, you attend endless demos, you find one that matches, to some extent at least, your requirements and you choose that. A few months later everything changes with an acquisition and, unfortunately, not for the better.

I have seen this happen over and over again in the MSP industry. I have met countless disappointed MSPs, many of whom seem to have given up! They expect bad products and bad service to be their reality forever, which is just so unfair. Why should MSPs have to always opt for something less than?

We launched goodbyedatto.com and are offering Datto’s customers one-year free access to SuperOps.ai, because we believe we offer a good alternative to Datto’s (now Kaseya’s) customers.

I believe MSPs deserve a great product and a software provider that looks out for them. 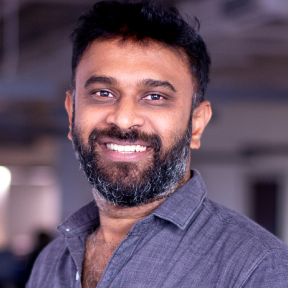 Co-founder & CEO of SuperOps.ai. Flew a blimp over the Salesforce Tower. Ex-CEO of Zarget which was later acquired by Freshworks. Spent a decade at Zoho. Hyperactive. Traveler. Chelsea fanatic.

Get the scoop on all things MSP

MSP tips, tricks, and the latest news delivered straight to your inbox

SuperOps.ai is officially SOC 2 Type 2 compliant. Read why it matters!

When it comes to protecting the peace of mind of our customers, we don’t settle for anything less than the gold standard.

We all want our business to be at its productive best to ensure that we’re making the most of the opportunities we have. But productivity only translates into tangible value when it’s channeled in the right direction.

Making the offboarding process smooth for customers is as important as having a great onboarding experience.